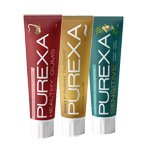 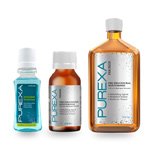 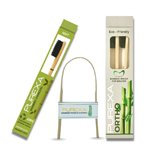 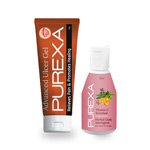 Are you looking for a Mouthrinse to take care of your oral hygiene? While you are surfing through the search engine looking for one, why not try the best one. Before picking out the most suitable Mouthrinse, understand the formulation and perks of using the Peroxide Mouthrinse.

Chemically named Hydrogen Peroxide is the combination of hydrogen and oxygen. It is commonly used to clean mirrors or disinfect surfaces. It has cleansing propensities thus is available in every first-aid kit.

The diluted form of the chemical formula can be used as Mouthrinse and soothe a sore throat, reduce gum inflammation, and teeth whitening. The most common concentration of the solution used in the household is 3%.

Is Peroxide good as a Mouthrinse?

The chemical formation has cleaning properties, thus is considered helpful while dealing with mouth sores, gum diseases, and teeth whitening. The oxidizing agent kills the bacteria and helps painting oral hygiene. Though it has some drawbacks as well, read to know more.

What are the Benefits of using Peroxide Mouthrinse?

Peroxide Mouthrinse with the formation of oxygen and hydrogen helps kill bacteria by realizing oxygen. It insists on the growth of anaerobic bacteria by altering their environment. It keeps cavity bacteria at bay from starting the dental procedure.

Peroxide Mouthrinse aids sore throat when you gargle with it. The bacterial infection that causes sore throat fights off with the regular mouth rinse. It also helps with mucus when it comes in contact, creates foam, and makes it less sticky.

After gargling with Peroxide Mouthrinse, your teeth will be whitened right after it. Hydrogen peroxide is the active ingredient that aids in removing stains.

With the antibacterial properties, Peroxide Mouthrinse aids with gums diseases as well. It prevents plaque buildup. Oxygen is released by the Hydrogen Peroxide that destroys bacteria. One of the perks of Peroxide is it spots bacteria that can’t be reached while flossing.

The powerful disinfecting agent in the mouth rinse kills all the bacterias and aids in painting oral hygiene.

How to Use Purexa Pre-Procedural Mouthrinse?

It is essential to know how to use a hydrogen peroxide solution correctly to ensure maximum benefits and avoid unwanted side effects.

What are you waiting for? Add the product to your cart now. The Potency Of Antioxidant Mouthrinse For Halitosis Embody Antioxidant Mouthrinse In Your Daily Routine And Unlock Its Magic Tired Of The Sensations That Cold Beverages Cause? Use This Sensitive Herbal Toothpaste To Reduce Teeth Sensitivity

No spam, notifications only about new products, updates.

The Potency Of Antioxidant Mouthrinse For Halitosis

60 / 100 Powered by Rank Math SEO What is Halitosis? Halitosis, also known as chronic breath in scientific terms is an unpleasant and displeasing

Embody Antioxidant Mouthrinse In Your Daily Routine And Unlock Its Magic

61 / 100 Powered by Rank Math SEO Mouthrinse can significantly improve your oral hygiene, therefore it is advised to include it in your daily

54 / 100 Powered by Rank Math SEO Have you ever flinched while suddenly taking a bite of ice cream or drinking cold water? Have

Tired Of The Sensations That Cold Beverages Cause? Use This Sensitive Herbal Toothpaste To Reduce Teeth Sensitivity

66 / 100 Powered by Rank Math SEO Health is the result of all of the body’s parts operating together in harmony. Any pain in

Free delivery for all orders over ₹500